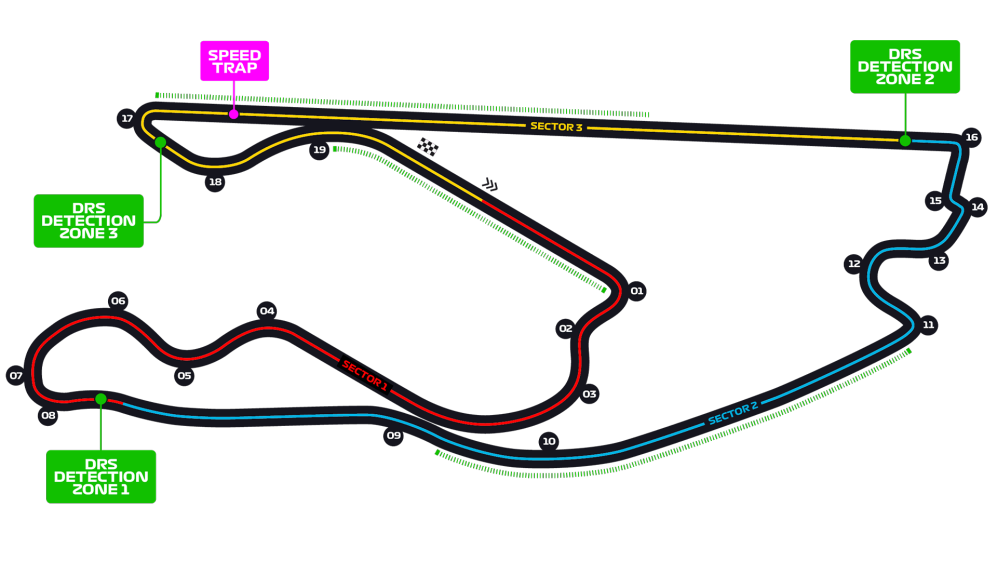 Fans of Formula 1 were ecstatic to hear about the Formula 1 Miami Grand Prix held in 2022 for the first time, and viewers can expect the same excitement from this amazing street circuit in 2023.

All your favorite F1 teams will be ready to keep you entertained on race day at the 2023 Crypto.com Miami Grand Prix.

But what can you expect from this race in 2023? We have all the information you need to prepare for some of the best auto racing in the world.

When Is The F 1 Miami Grand Prix?

According to the website and Instagram of the F1 Miami Grand Prix, this exciting street race will return to the Hard Rock Stadium on the first weekend of May 2023.

The exact timings and details of the weekend schedule will be announced closer to the time. It is expected that Free Practice will happen on Friday afternoon and Saturday morning, with qualifying on Saturday and the final event on Sunday.

The F1 1 Miami Grand Prix has the Hard Rock Stadium at the center of the circuit and is held at the Miami International Autodrome – slap bang in the middle of the south Florida motorsports scene.

The Miami F1 circuit has 19 corners, three straits, and three DRS zones. Cars can reach an estimated top speed of 200 mph on these straights. The current lap record is held by Red Bull Racing’s Max Verstappen, which he set in 2022 at 1:31:361.

This track is far from flat. There are changes to the elevation around the track, especially between Turn 13 and Turn 16, where the track goes over an exit ramp, under flyovers, and heads over sections of slightly bumpy, uneven track. Turn 14 to 15 sees an uphill corner that drops back down on the exit of the turn.

What makes the Crypto.com Miami Grand Prix so exciting is that it is the first track designed with the support of the FIA and Formula One.

Everything You Need To Know About The Miami Grand Prix

The Miami Grand Prix debuted on the first weekend of May 2022.

The Miami International Autodrome is the home of this exciting race and is a temporary street circuit, although it certainly feels like a permanent track. Before settling on the circuit layout we all enjoyed in 2022, organizers considered 36 other layouts.

It is set in Miami Gardens, with the Hard Rock Stadium at the center of the track. There is also an artificial beach, complete with yachts, for fans to enjoy. These attractions will undoubtedly benefit the south Florida motorsports scene.

Much to the excitement of the drivers, the first Miami Grand Prix was held in May 2022. This race is the second American Race on the 2022 calendar, joining the popular race in Austin, Texas. It is also the 11th different American race track to host an F1 Grand Prix.

The other US-based Formula 1 races are: Austin F1 and Las Vegas F1

The city of Miami submitted its first proposal for the Miami Grand Prix in 2018. In 2019, the date and location at PortMiami were proposed.

Complications around the development and construction of the PortMiami track resulted in a new proposal submitted in 2021 – this time for a race track at Hard Rock Stadium. This location proposed a street circuit starting in the disused parking lots around the world-famous stadium.

Sadly, the Miami Grand Prix did not see the light of day in 2021, with a street circuit in Saudi Arabia making the cut.

In April 2021, it was announced that the 2022 event would include a race at the Miami International Autodrome – for a 10-year contract.

The stadium is located at the heart of the circuit – a circuit designed with racing and overtaking in mind. This combination is sure to result in a spectacular racing weekend.

Miami is also a sight to see, with long strips of white sandy beaches, a history steeped in sporting events, and a beautiful mix of cultures and heritage. It is the perfect destination for anyone looking for an escape, and watching a Formula 1 race is just an added bonus to your holiday.

Where To Buy Tickets

Tickets for F1 Miami are not yet for sale, but you can be notified when tickets go on sale by entering your email on the official F1 website.

Alternatively, you can either be added to a waiting list or pay a deposit if you wish to book an F1 Experience for that weekend.

To reserve a ticket, you can pay a deposit now or be added to a waiting list.

What is the top speed of the drivers at the Miami Grand Prix?

Is the Miami Circuit a permanent fixture?

The Formula 1 Miami Grand Prix is a street circuit, which means it is not a permanent fixture. The race tower, garages on the pit lane, and underground infrastructure are permanent; however, everything else gets removed and reinstated for the racing weekend.

For how many years will the Formula 1 Miami race take place?

The Formula 1 Miami Grand Prix was first introduced in 2022 and has received a ten-year contract, with the event taking place at the Miami International Autodrome for the foreseeable future.

You may have missed

How Much Do F1 Tires Cost

How Does A Formula 1 Steering Wheel Work